Preparing for the season ahead 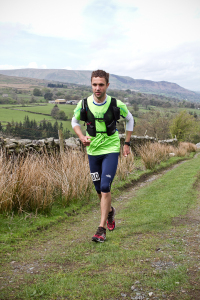 With a little more daylight at the start and end of each day, it slowly feels like we are getting closer to spring. In saying that we’ll probably now end up with a vicious cold snap, which wouldn’t be ideal with the High Peak Marathon coming up! More on that later.

After a slightly ‘iffy’ autumn in the aftermath of UTMB when I didn’t feel that great at all, I’ve had a solid block of training over the last 8 weeks or so through the middle part of winter which has undoubtedly put me in a much better place fitness wise. The important thing is to listen to the signs when it’s not going so well, and in reality I ended up having 8 weeks of not being able to do too much – one of those forced spells of recovery which has ultimately helped me in the long term.

Over the winter I’ve been focusing on speedwork – training and racing with my local club, including some cross country races, several 5kms, and various other road races up to 20miles in distance. It’s been great! I’ve really enjoyed the focused spell of trying to get the legs moving a bit quicker, and trying to improve on some old PBs. I’ve hit PBs at 10km, quarter marathon and 20 mile distances. It’s proven very rewarding, and hopefully beneficial to the ultra season ahead. Sometimes a completely different set of goals can bring a freshness to training. In reality I’m never going to be truly competitive at a 5km, but teaching my body to run at a faster pace will help my ‘cruise’ speed for the longer races. 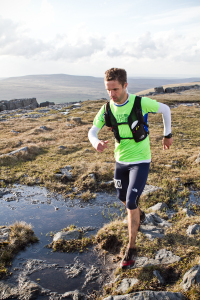 This is now the ‘flip’ point when I’ll now move on to the longer off road stuff, and with a bit of luck the speed will translate into some improvements in ultra races. Only one way to find out I guess.

I have a busy schedule planned for the season ahead starting with the classic ‘bog trot’ around the Derwent watershed in the Peak District, the High Peak Marathon. It’s a night time team event that I’ve only tried once before, without huge success. I am fortunate to be joining a very experienced team who I hopefully won’t let down!

I’m then planning to run the Haworth Hobble in mid March followed by The Fellsman at the end of April. Then it’s the big one – The Dragon’s Back Race in June – around 300km over 5 days down the rugged spine of Wales. It will be great to run a series of the classic UK ultra races and not be travelling too far to compete. Some of my fondest running memories have been within the UK so why not enjoy some of the great events we have to offer? 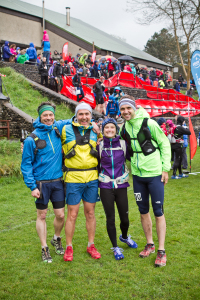 This year will be my 5th Fellsman race and, after a slightly disappointing performance last year, I am hopeful of stringing together a much better run this year. Despite having run it several times before, I know there are places where I can work on my ‘line’ to make improvements to my time, but in reality it was mostly the race sharpness that was lacking last year. The self navigation and part self sufficient nature of the race means there is plenty that can be done to prepare for the race other than just running training. You need to do homework on the route, get your kit planned for every weather scenario and brush up on your navigation skills if required. It is always better to be prepared well before, to avoid the last minute panic. The great attraction of a race like this is that there are nearly always opportunities to make improvements – a long term project if there ever was one!

So whatever your goals for the year ahead, whether you are an ultra novice or a veteran of many races, it’s an exciting time of year and there’s plenty to be done to get yourself ready.