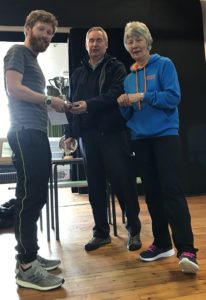 Daniel Weller, 2019 winner of the Tregoning Cup awarded to the fastest novice on the Fellsman. Hopefully 2019 will be first of many Fellsman adventures! 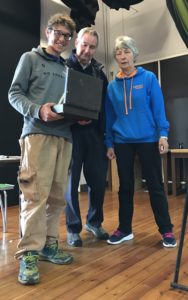 The winner of the Fellsman Axe was Stuart Walker with a time of 11 hrs 18 minutes.

The winner of the Jim Nelson Trophy is Sabrina Verjee with a time of 12 hrs 23 minutes.

The winner of the Tregoning Cup is Daniel Weller with a time of 12 hrs 17 minutes.

The winner of the Levy Trophy is Simon Pass of 3rd Shipley – St. Peter’s with a time of 13 hrs 52 minutes.

The winner of the County Commissioners Tankard for the fastest over 50 is Simon Bourne in a time of 12 hrs 53 minutes.

The winner of the Great Knoutberry Trophy for the fastest over 60 is Michael Schneider in a time of 18 hrs 06 minutes. 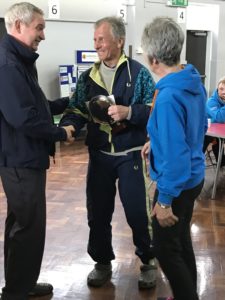 Ted Adamski, 2019 winner of the Old Kid’s Award for the fastest time for entrants 70 years old and over.

In 2016 a veteran of the event, Stuart Thompson, donated a new trophy – The Old Kids Award – for the fastest entrant over the age of 70. The winner of the award in 2019 is Ted Adamski in a time of 24 hours 14 minutes.

The winners of the team trophy, the Service Trophy, were Penny Lane Peglegs. The team members were Stuart Walker, Rory Harris, David Chetta and Lawrence Eccles with a combined time of 34 hrs 48 minutes.

In 2019 there were no qualifying teams for the Scout team trophy, the Fellsman Shield. 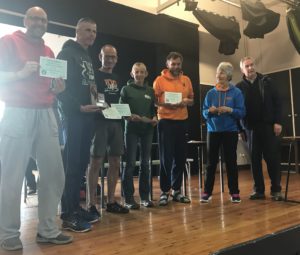 2019 winners of the Lumbutt’s Mill Trophy for the team of entrants over 50 with the fastest combined time (first three members to finish). Old But Not Dead Yet completed the event in 48hrs 38mins.

The winners of the Lumbutts Mill Trophy, were Old But Not Dead Yet. The team members were Karen Nash, Albert Sunter, John Thompson, Julian Brown, Mark Dalton and David Toth with a combined time of 48 hrs 38 minutes.

The Mike Wooding Memorial Trophy is a nominated award given to an individual entrant or support volunteer who typifies Mike’s love for the challenge of the Fellsman and who has performed something exceptional and noteworthy during the event. In 2019 the award is presented to Roy and Jean Jackman. More details to follow shortly. 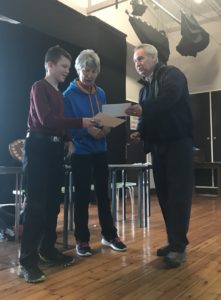 The Bear Grylls Award is awarded by the Committee to the young helper/team who showed great dedication in helping on the event. In 2019, this award was presented to Jack the Gatekeeper. More details to follow shortly.

Felltrack split times for the event will be added shortly.